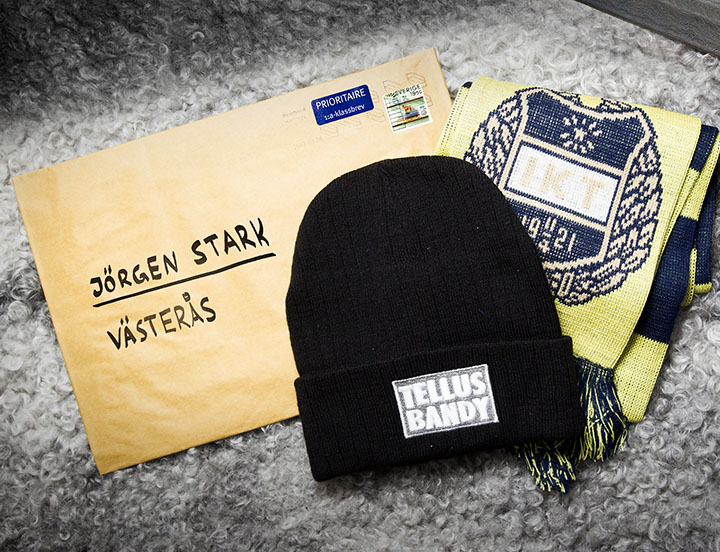 Bandy is the second most-popular winter game played on ice. It’s like ice-hockey but there are 11 players on each team on a larger rink, who whack a ball rather than a puck. It is big in Sweden and Russia. IK Tellus was a new team, competing in the highest division of the league. They wanted to get more people supporting them.

IK Tellus’ biggest threat is the bandy team from Västerås, the fifth largest city in Sweden. So perhaps IK Tellus could recruit some allies to their cause from the very heart of their enemy’s city? Västerås, by the way, is pronounced just like Westeros in Game of Thrones. And it so happens that the name Stark is the 412th most common name in Sweden. It turned out that there were 16 people in “Westeros” called Stark. IK Tellus decided to do something with this insight. On the day the last episode of “Game of Thrones” aired on Swedish TV, the Starks of Westeros were all mailed an IK Tellus hat and scarf with the message, “Winter is coming”.

So far, 25 % of all the Starks in Västerås have declared their support to IK Tellus. In addition, there has been plenty of comment in social media about loyalty (and treachery).

The neat part of this mailing is that it arrived on the very day that “Game of Thrones” ended. So, it encouraged a lot more tweets and comments in social media than it would have done otherwise. The club got four new members that they know about. But who knows how many more have started rooting for them, a club with a sense of humour?