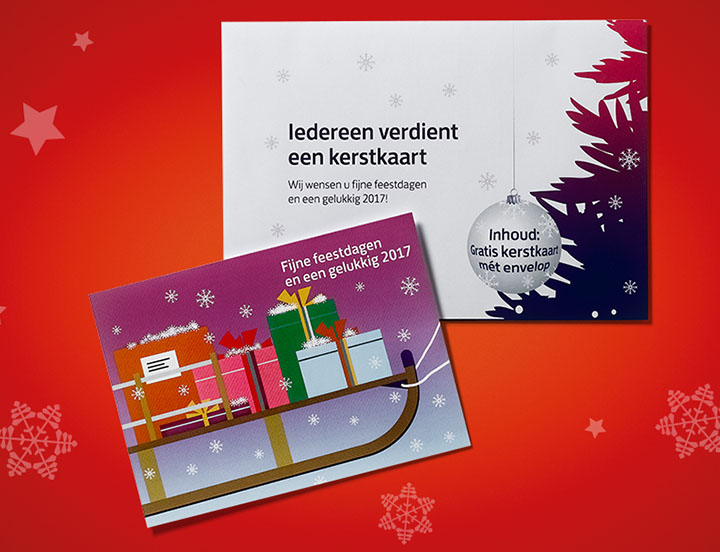 Christmas is the season of giving and PostNL didn't want their Christmas campaign to be just about selling stamps. They also wanted to do something meaningful for the ever-growing populations of lonely people in the Netherlands. For over 200 years, postmen and women have been familiar faces on the streets. They know their neighbourhoods. That means they capture data about who receives mail, how much and how frequently.  They are able to know who receives nothing. And these are people who may well be very lonely.

Research showed that 92% of people appreciate receiving a physical Christmas card, as it evokes a feeling of being personally cared for. But many elderly and lonely people were receiving little or nothing at this time of year. This inspired PostNL for their Christmas Postcard action. When Dutch people bought stamps for their other Christmas cards, they were given a free stamp and invited to write a card for someone who was alone at Christmas. Postal workers could recognise the special promotional stamp on the card and deliver to an appropriate house. 200,000 cards were written and delivered.

The campaign had a huge positive effect on PostNL’s brand image.

Because customers had to buy 20 Christmas stamps to participate, the campaign was also a commercial success.

One of the buzzwords of modern marketing is “personalisation”. Digital media is set out to deliver personalisation through a mix of affinity targeting and programmatically relevant ads. But what can be more personalised than mail? And I’m not just talking about being able to address someone by name, Dear John. I’m talking about the one-to-one communication that happens when you look at the individual, quirky handwriting of a singular person who has written specifically to you. The connection is immediate and it is personal.   That’s what I love about this. If elderly people across Holland had received pre-printed cards, it would have been an insult. But because someone, somewhere took the time and trouble to write it, the card became a moment of connection between people. A moment of raw emotion. And it was branded PostNL.

Mail is a medium in which brands can express themselves beautifully and, as in this case, poignantly.